After weeks of listening and dancing to the DVDs of CantaJuego, full of new and old nursery rhymes, playground songs and cartoon tunes, I can safely say that nothing touches my sensitive fibre like the songs of my childhood.

Mothering a bilingual child in a country different to the one where I grew up has been a learning curve, until recently my only knowledge of something resembling an English nursery rhyme was One Little Indian or One potato and that was from my first years of learning English at school in Spain (i.e. in the early eighties). I have had to learn songs like The wheels on the bus, you know those that go round and round, together with Row your boat and, a firm favourite in this household, We’re going on a bear hunt. I had to learn them through necessity, as I was otherwise the only one at toddler group who wasn’t singing.

I can sing English tunes just fine (or rather, once I learn the lyrics, I can work my way through them as badly as I have ever sung). My heart did melt a little bit when my daughter started doing all the signs of the wheels on that darn bus with the people who go up and down and the wipers that go swish swish swish and the fact that every time you hear the song on a CD or on TV and every time you sing it at toddler group you realise that there are a million and one versions of that tune and no one can agree on one.

However, when I sing a Spanish song from my childhood, like El patio de mi casa, Abuelito dime tú and a myriad of other tunes that saw me jump, skip, run, hold hands and go round and round in circles during my childhood waiting to see what happened to Heidi or to Marco, the boy with a monkey called Amedio, or to Maya the bee (yes, our cartoons were a bit different to yours), strange tears fill my eyes, a weird feeling invades my soul and grips my heart.

I have had to learn a few new Spanish tunes too: Soy una taza (I am a mug, well yes I look like one dancing to that one) and El zapatero (the shoemaker).

I leave you with the one that leaves me looking like a mug, literally and, so that you know why all the mad positions, it goes through kitchen utensils: I am a mug (soy una taza), a teapot (una tetera), a spoon (una cuchara), a ladle (un cucharón), a bowl (un plato hondo), a dinner plate (un plato llano), a knife (un cuchillito), a fork (un tenedor), a salt shaker (un salero), a sugar bowl (un azucarero), a blender (una batidora) and a pressure cooker (una olla exprés). Enjoy!

Play it to your kids, say cuchara, tenedor or cuchillo the next time you or they have a spoon, fork or knife in their hand and they’ll be speaking Spanish in no time, so will you.

PS-Yes, the video is bad, yes the guys look dodgy but seriously my daughter loves them and it amazes me how much she learns from them and how much they are helping he recognise and say words. 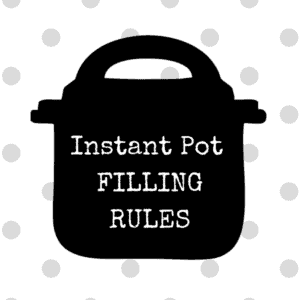 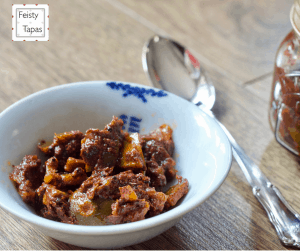